The Story and a Tank!

It has been sometime since we've published anything on the rustyrhinos.com website, but that doesn't mean things have been idle at the Rusty Rhinos camp.

Seven years on since our last rally, we're certainly feeling the rally drought. When world borders are more open than they are today, a 6th rally will certainly be on the cards.

Over the years, Alex has been doing quite a bit of work on Red. We've been preparing for our next rally for a few years now. The Desert Bunnies have given us plenty of support as part of the never ending Red modifications and preparations.

For our first post today though, I'll talk a bit about the tank. For many years Alex and I have pondered over having a second tank installed, there are a couple of fairly obvious benefits for us. The first being that Red's range is fairly limited, typically a refuel is planned every 150 miles. The other benefit is that we can reduce our reliance on Jerrycans for fuel. We have a lot of weight towards the back of the vehicle and an extra 20 litres of fuel further back of the rear axle doesn't help. Moving this weight to the centre of the car and lower down gives us better weight distribution. It also takes the weight off the rear door.

The Jerrycans on the front are still here to stay, we know they result in the odd eyebrow being raised from time to time, perhaps more often than time to time come to think of it.

With the extensive rally drought and us itching for the next rally, we decided to get in some of our wish list upgrades into Red.

It all started in August 2020, when we thought there was a chance a rally could be pulled off in 2021. We ordered our fuel tank for the tidy sum of £50. The real work however then started in April this year.

This is best explained through this series of photos:

Work begins on the 11th April to fit the fuel filler neck. 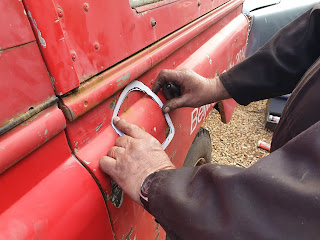 Moss from the Dessert Bunnies marking out the spot for the fuel filler. 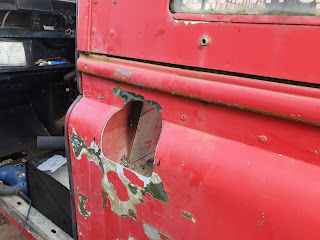 A hole is cut out for the fuel filler neck. 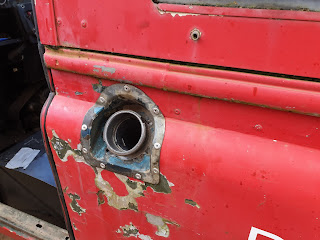 The fuel filler neck is riveted onto the body.

On the 24th April progress is made to prepare Red for the tank to be fitted. 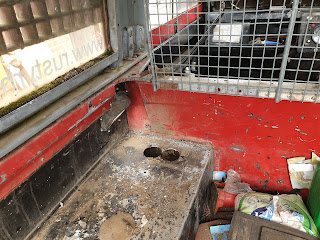 A hole cut in the rear tub to make way for the fuel filler. 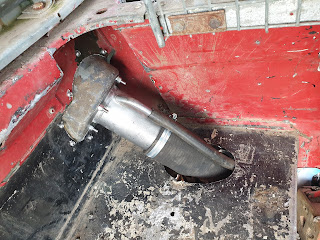 Fuel filler on the passenger side bolted in. 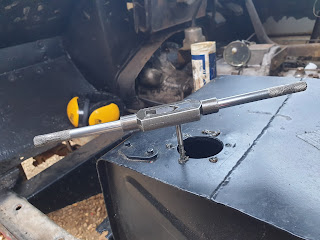 Tappling holes into the fuel tank so that we can use 5mm bolts instead of the regular Land Rover ones. 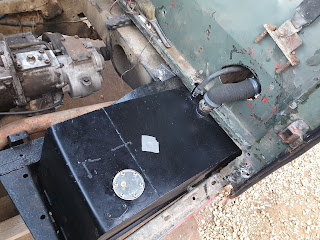 Fuel pipes connected to the tank. 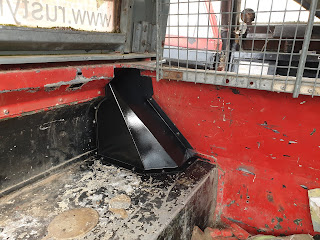 The tank is fitted on the 25th April and some prep work begins for the fuel piples and installation of the fuel changeover unit. 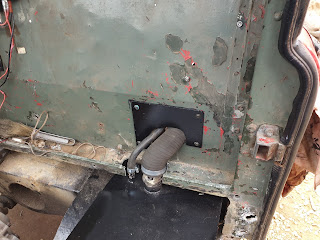 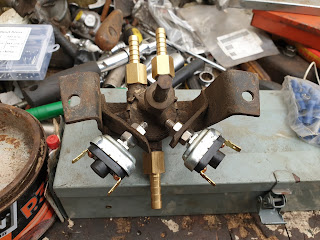 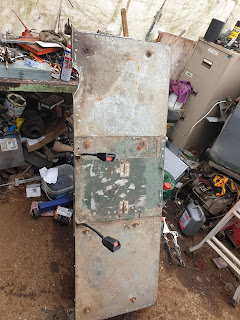 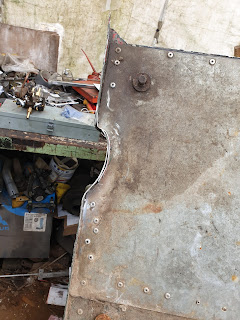 A cut out in the seatbox is made because the fuel pipes on the tank come out in a different place.

The 31st May sees work return on Red with on the switches and the more intricate aspects of the fuel tank fitment. 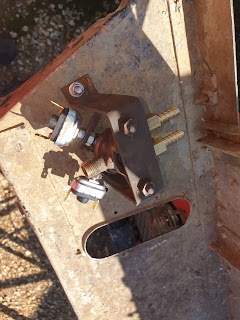 The switches are mounted prior to putting the seatbox back in. There is a lever on the outside of the seatbox which not only changes the position of the fuel tap for switching from one tank to another but also the electrical feed to the fuel guage. 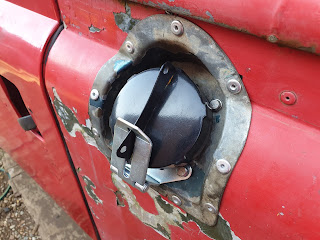 The fuel cap and clasp are fitted. 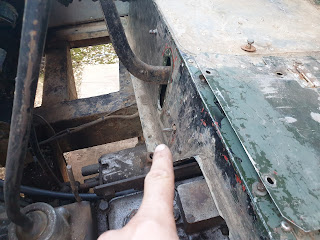 Alex pointing out where the lever goes before it is installed. 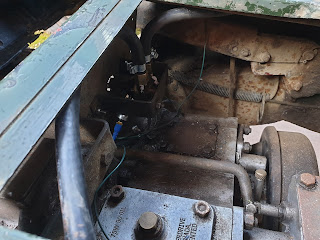 The view from under the seatbox showing the back of the swtich with the wiring before everything is tidied up. 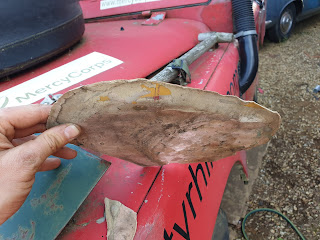 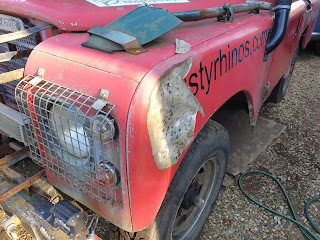 While working on Red, Alex spots a bit of an issue on the body, oh dear! 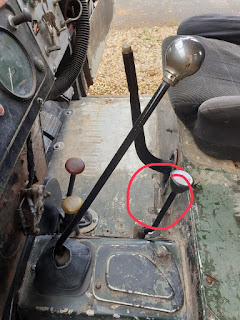 The all important lever, improvised from a spanner to allow us to switch fuel supply from the two tanks.

A short video of Alex showing the twin tank installation.


The tank is now in place and fully operational, increasing our fuel capacity from 40 litres to 80 litres and giving us a range of around 300 miles! This is something we're definitely going to appreciate once we hit the road on our next rally, gone are the days of our hearts sinking when the sign for the next services or fuel stop is over 80 miles away while we only have half a tank of fuel left! That's it for our first post, more updates and general meanderings will be posted from time to time.
at August 09, 2021
Email ThisBlogThis!Share to TwitterShare to FacebookShare to Pinterest
Newer Post Home 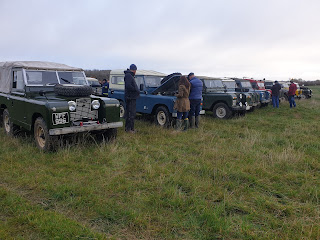